If you grew up in the 90's and owned a Playstation, you probably at some point played Tony Hawk's Pro Skater or it's sequels. A skateboarding game designed by Neversoft and published by Activision. Well, after Activision ran the series into the ground, they disbanded Neversoft and merged the studio into Infinity Ward. The later THPS games to be released such as Tony Hawk HD and Tony Hawk's Pro Skater 5 was done by another studio, but fear not, it has been confirmed by Tony Hawk himself that they are working with Activision to put out Tony Hawk's Pro Skater 1&2 Remastered. One would think it is going to be a full fledged remaster of both games mashed into one, or perhaps they will be 2 separate games. We don't know at this point, all we know is that it (they?) are coming.

Tony Hawk has confirmed it in a video with Jack Black on his youtube channel and Jack was able to play an early build of the game. See the footage below.


We loved THPS growing up and we're really excited for this. However, I'm reserving judgement and i'm gonna hold off until I've seen proper gameplay footage and actually played it for myself, since we all know how THPS5 turned out....

What do you think? Are you excited for the remastering of 2 classic games? Will you be buying these games? Sound off in the comments below.
Last edited: May 12, 2020
Click to expand...

Founder/CEO
Smokey is the founder of Revillution. He is a gamer, webmaster and streamer on Twitch. Smokey has been running websites for over 15 years and he's been gaming for over 25 years. While he loves doing both, he's found a new passion in streaming on Mixer. He has been streaming since October of 2017. Smokey's favorite game series is Yakuza.
I was so excited by this that I dug up my old N64 and played THPS2 all over again
You must log in or register to reply here.
Share:
Facebook Twitter Reddit Pinterest Tumblr WhatsApp Email Share Link 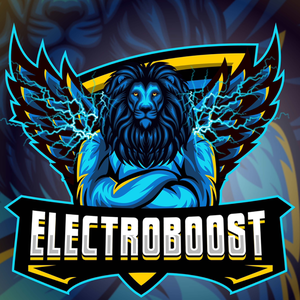