Silent Hill Reboot reported to be revealed this summer.

Silent Hill has captured the hearts of survival horror fans for years since the original debut back on the original Sony Playstation back in 1999. Over 20 years & several games later, fans are still itching for the latest installment in the beloved franchise, but it seems to have been put on ice, well that is, until now. Rumors of a new Silent Hill or a "Reboot" of the franchise have been circulating since late 2019, early last year, but nothing has ever come of it. That is, until now. A recent interview with Bloober Team CEO Piotr Babieno earlier today, in which he mentions that The Medium developer has been working on a “horror IP” with “a very famous gaming publisher” for over a year, has led to speculation that the Polish studio is creating a Silent Hill game. To add more fuel to the fire, reputable sources told VideoGamesCrhonicle that Japanese Silent Hill project is something of a departure from past Silent Hill games. To add more validity to this rumor, Silent Hill composer Akira Yamaoka, who composed The Medium, recently teased that his next project would be announced by summer.. We can only hope these rumors hold water and are true.

What would you like to see? A brand new Silent Hill game for next gen? Or a remake of the original for next gen? Sound off in the comments below!
Click to expand... 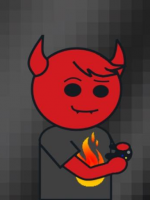 Founder/CEO
Smokey is the founder of Revillution. He is a gamer, webmaster and streamer on Twitch. Smokey has been running websites for over 15 years and he's been gaming for over 25 years. While he loves doing both, he's found a new passion in streaming on Mixer. He has been streaming since October of 2017. Smokey's favorite game series is Yakuza.
It's interesting news but at the same time I'm not particularly excited, the last few SH games I've played weren't the worst things in the world but they weren't great either. I'll still be paying attention to all this to see how it plays out, it'd be nice to get another cracker after so long but the IP is just always given to the wrong studios.
OMG, That would be awesome. I Luv 🤗 Silent Hill. It's One of my best luv Horror game. 😍
You must log in or register to reply here.
Share:
Facebook Twitter Reddit Pinterest Tumblr WhatsApp Email Share Link