Yesterday Microsoft dropped a bombshell on everyone when their mixer department made a tweet saying that Mixer was shutting it's doors and being acquired by Facebook Gaming. This has left a lot of streamers (including myself) without a home to go to. Partnered streamers were granted partner with facebook gaming, but that has it's own caviats and issues within itself. While a lot of us moved over to Twitch.... So what can be done? Mixer will be shutting it's doors officially on July 22nd, 2020.

What does that mean for big names like NInja, Shroud King Gothalian and Ewok, that Mixer acquired 8 months ago for a ridiculous price of 40 million dollars between all four creators. Well, now they are available as free agents and free to return to Twitch if they choose to do so, or go onward with Facebook Gaming.

"But Smokey, I was just a streamer/partner on Mixer and I don't wanna go the Facebook route." Well, good news, if you've decided to move over to Twitch, you can promote your stream with us in our stream showcase here However, please note that as of July 22nd, Mixer support will be cut from our stream showcase when Mixer will cease to exist.

This isn't just affecting partners, it's affecting every Mixer streamer. Let us help soften the blow!

Connect your stream to our showcase.
Find fellow Twitch streamers

Drop follows on the following for extra support! 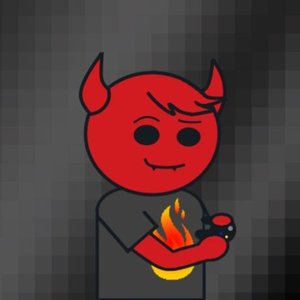 Streamer on Twitch & Owner of Revillution - https://www.revillution.net/streams promote your stream for FREE today.

Twitch is the world's leading video platform and community for gamers.

Smokey
Founder/CEO
Smokey is the founder of Revillution. He is a gamer, webmaster and streamer on Twitch. Smokey has been running websites for over 15 years and he's been gaming for over 25 years. While he loves doing both, he's found a new passion in streaming on Mixer. He has been streaming since October of 2017. Smokey's favorite game series is Yakuza.

Why the hell... Now twitch doesn't have to ever improve....
My thoughts exactly. It's sad, the worst part? Not even the STAFF knew about it. They went into work that day and were told "Pack up your stuff, you no longer have a job here, cuz we're closing up shop." XD

Smokey said:
My thoughts exactly. It's sad, the worst part? Not even the STAFF knew about it. They went into work that day and were told "Pack up your stuff, you no longer have a job here, cuz we're closing up shop." XD
Click to expand...

What a shit way to go. Microsoft was probably the only chance of keeping twitch in check through competition, too.
I agree. A lot of us are hurting......
Its too bad because it could have been such a great thing, too.
It's insane they shut it down, I thought they was doing well no? They had a few big streamers, I bet now they will all find their way over to Twitch.
The writing was on the wall. They didn't really listen to what the streamers (we) wanted, or needed fixing, the reason they bought the bigger folks like Ninja over was probably to make more money in a deal when they sold it off. It seems like they didn't want to make Mixer a feasible platform or competitor, they just wanted the FTL technology Mixer had, to use for their XCloud service. That's my theory anyways.
You must log in or register to reply here.
Share:
Facebook Twitter Reddit Pinterest Tumblr WhatsApp Email Link
Menu
Log in
Register
Top