Fortnite dethroned as the most played game on Xbox!

It has been a long time coming but it would seem that Fortnite has finally been dethroned as the most played game on Xbox One. For well over a year at least, Fortnite was the most played game on Xbox One alone and one of the main reasons behind that was because it was a free game and it became very popular due to streamers such as Ninja playing it quite a lot when streaming.

Gears 5 was released earlier this week and so far it's been doing really well with many saying that this may be the best game in the franchise yet.

Being that Gears 5 has dethroned Fortnite as the most played game on Xbox One, it would definitely seem that many gamers are for sure, enjoying Gears 5. The fact that Gears 5 is also available on Game Pass at a low monthly fee, that may have definitely helped in Gears 5 reigning over Fortnite. The gaining access to the game early as well if you were an Xbox Game Pass Ultimate member was a huge incentive and not one many were wanting to turn down, I mean, who doesn't want early access to a brand new game for a low monthly price?

With Fortnite not keeping many players as entertained as they used to with their seasons and new battle pass that came with each new season, gamers could have very well been ready for something new and fresh and they found that in Gears 5.

The question is, how long will Fortnite be dethroned for and will we ever see it being the most played game on Xbox again?
Click to expand... 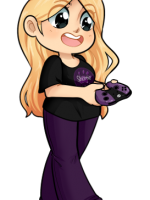